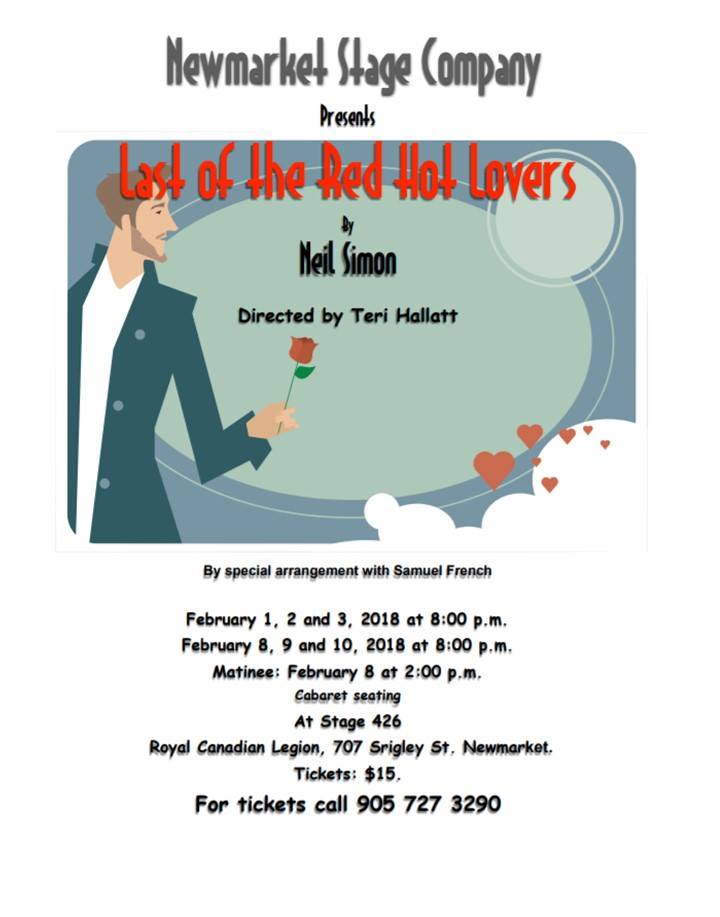 Barney Cashman is forty-seven, happily married, the father of three children, a successful businessman, and a man going through a midlife crisis. Barney has come to the realization that his whole life can be summed up in one word: nice. And Barney has realized that “nice” simply isn’t enough. He wants to experience his secret fantasies and dreams at least once, and so Barney determines to have an affair.

By special arrangement with Samuel French.